Trending topics are topics that are popularly discussed these days. The topics may go viral in dailies, social media platforms, blogs, and websites. We have picked four of them to discuss here today. They are abortion, murder, sex, and drug.

Abortion has become a trending topic after Texas passed a restrictive law on abortion on September 1, 2021. The decision made Democrats talk more about abortion than in previous years.

The conversation around abortion has been louder since when 1973 Roe V. Wade law which supports abortion in all cases, wants to be struck down by the supreme court of the United States of America.

Abortion is one of the most controversial issues in the USA and many other countries. While many religious organizations believe that abortion is immoral, many abortion-rights advocates have said that there should be a right for a woman to do whatever she likes with her body.

The decision to rule out the Roe law means that any abortion after 15 weeks of conception will be illegal except in emergency cases.

Many citizens of America expressed their dissatisfaction as many states have signed the law to illegalize the termination of pregnancy over 15 weeks.

The law illegalized abortion over six weeks of pregnancy which made many abortion-rights activists express their heartbreak concerning the new law.

They said that about 85-90% of abortions occur after six weeks, meaning that most hospitals have to shut down.

What an expert said

Abortion right activist said that millions of people decide to terminate pregnancies every year. So whether it is legalized or not, many people will still find a way to have an abortion.

They claim that illegalizing abortion will only increase the risk of having unsafe abortions and not stop people from terminating their pregnancies.

The conversations about whether abortion should be restricted or not have increased. While many want it to be legalized in all or most cases, some do not support legalizing abortion in most cases.

With the trending movements with or against abortion, the controversies around abortion don’t seem to end soon.

The word alone could be quite disturbing not to talk of the main action; it will continue to adorn the front pages of major newspapers, tabloids, and every other news outlet, simply due to its peculiarity.

In a layman’s understanding, it could be explained to be a gruesome act that involves death, a violent action that resulted in taking the life of another fellow.

Victim(s) could be more than one, depending on the particular case in question.

Experts looked at it from another angle which is very distinct from the way other concerned people viewed it. According to a Senior Psychologist, at a prestigious Teaching Hospital in the heart of town,

“The act of murder or murder in itself is what every segment of the society should roundly condemn, solution should be sought so we can all live and work in a safe society.

That said, I felt that social media is also playing a key role in the rise of this unwholesome action, cases abound where killers posted the act as it’s being carried out, imagine what such would have done to the psyche of youths out there? So, its continued trending isn’t farfetched”

I cannot but agree with what the Senior Psychologist just postulated; he did justice to the issue at hand.

Issues like non-prosecution of confirmed suspects, cases of not meeting out the right degree of punishment, issues of bribery and corruption, cases where innocent suffer in places of the main culprits that kept roaming the streets freely, and other disturbing trends.

Cases of murder continued to be on an astronomical rise due to some other disturbing factors which I felt ought to be looked into, as soon as possible.  A lot still needs to be done if we truly want to eradicate the scourge from the society

Hardly one can see a frog in the daytime unless it is being pursued by something. This statement goes with one widely used slogan which says, ‘There is no smoke without fire.

And there is a controversial issue going on that who is to be blamed either females or males concerning the cases of rape, sexual harassment, sexual assault, sex business, etc.

Nothing happens in life without a trace of causes. Many people stated that at times boys are not supposed to be jailed for the case of raping because they are lured to do that by girls.

Several boys do not have the intention of doing all sorts of that, but it happens as a result of girls’ actions (seduction).

Since the males are not angels, every male person carrying blood in their veins tends to go into unwanted sex.  Some factors attracted men to go into length the women for sex.

It is obvious that what men see in women quickly registers in their minds and preoccupies their minds. Many kinds of dressing exposing the waists, buttocks, and breasts of the ladies will spark the thoughts of men for quick sex.

There is what we termed ‘Individual differences’. Human beings are different in controlling sexual pleasure. Some women are quickly moved by men’s appearance while some are slowly moved depending on sexual pleasure.

Also, some men are quickly sexually desperate about the actions of women while some are slowly desperate.

The conclusion is that both genders are not innocent of involvement in sexual games. Both the enjoy the game and men only should not be responsible for the penalty. Both genders have a role to play in eradicating sex assault in our society.

The word ‘drug’ has become prevalent in the conversation of many people in our society. There are drug abuse, drug pushing, drug trafficking, drug dealing, etc.

There is an ongoing conversation while drug abuse, drug trafficking, and drug pushing cannot stop. A researcher stated that those in the positions of authorities who are supposed to curb the heinous act are also involved in the act.

Society has become a terror because, according to research, 49% of people in the world have become smokers of Indian hemps, cocaine, marijuana, cigarette, etc. Several people deal and push drugs. 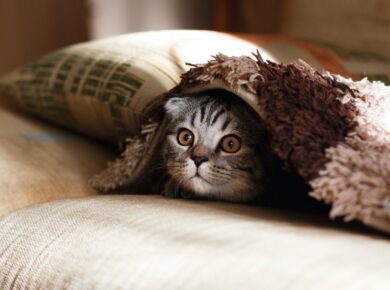