When negotiating in business or in your personal life, do you miss micro expressions?

Micro expressions are actions that last between 1/25 of a second and 1 second; they are actions unfiltered by the thought process of the mind.

If you wish to increase your negotiation advantages and heighten your awareness of the value contained in micro expressions, consider the following information.

During a negotiation, in order to perceive micro expressions, you must be attuned to the actions of the other negotiator.

Thus, you must pay very close attention to his body language. The expressions he displays will give insight into the true feelings he possesses at any given point in the negotiation.

What to look for

In order to gain the most beneficial insight from micro expressions, observe gestures made by the other negotiator’s head, eyes, mouth, and feet.

Each gesture can disclose a mindset different from what is expressed.

Head: Head movements can be perplexing to decipher. In detecting micro expressions with head movements, observe if the other negotiator constantly tilts his head from one side to the other.

Such actions will indicate the fact that he is weighting the thoughts that you have presented and is in a hurry to get through what’s being discussed.

Eye: Take note of sudden blinking and roaming of the eyes. Such actions denote an inner searching for a course of action.

The closing of the eyes for several moments indicate that the other negotiator doesn’t believe what he’s hearing and/or seeing.

Mouth:  Quivers can occur in the areas of the mouth with the lips. Such actions indicate a degree of street of stress and the fact that the other negotiator may be trying not to divulge what’s really on his mind.

Feet: The flexing of one foot, pointed in a direction away from you, can be a micro expressed insight into one’s mindset that indicates he is displeased with what you have proposed.

Once you sense such an action, confirm your perspective perception to insure the two of you are still on the same page.

Any negotiation can be froth with obstacles that challenge your mental capacity to remain sane.

Above are just a few of the body language clues you’ll gain insight into from, as the result of observing micro expressions.

By incorporating the value of micro expressions into your negotiation repertoire, you will enhance your negotiation efforts… and everything will be right with the world. Remember, you are always negotiating.

Use micro expressions strategically to accurately detect disgust in negotiations

When negotiating, do you accurately detect disgust in the other negotiator? Such emotions have a direct influence on the negotiation.

Do you know how detect disgust by using micro expressions? Smart negotiators know how to manipulate a negotiation by utilizing different emotions.

In order to protect yourself from such ploys, you need to know the micro expressed signs especially those that denote genuine disgust.

In a negotiation, disgust can be seen in the body language of the other negotiator, through the use of sighing, consistently looking away from the person speaking, checking the time via glances at his watch or a clock on the wall and the fiddling of objects.

READ ALSO:  15 Decisions That May Ruin Your Business

Disgust can also be displayed by the use of strong hand gestures (pounding table, stabbing/poking the air with a finger, etc.

To detect the genuineness of disgust, examine the other negotiator’s face for a wrinkling in his nose and the raising of his upper lip.

This expression will only last 1/25 of a second to 1 second. Thus, while the emotion will be fleeting, you can glimpse the sincerity of the other negotiator’s emotional state of mind if you capture this signal.

How to combat disgust during a negotiation

Regardless of whether the display of disgust is genuine, if it converges at a precipice in the negotiation, weigh the option of discussing your perception to seek validity of the display.

If such displays are made during noncritical points in the negotiation, consider ignoring then.

Only speak about them if you wish to convey that you’re cognizant that something askew. Be careful not to fall prey to a position that’s not beneficial to your negotiation efforts.

Ways to alter false disgust displayed during a negotiation

Depending upon the person with whom you’re negotiating and their domeanour, you may consider ignoring the signs of disgust they display.

In some cases, like a child, the more you inquire as to what is wrong with the person with whom you’re negotiating (as displayed by their behaviour) the more you’ll be drawn into their realm of control.

To be better equipped to defend against emotions displayed during a negotiation, observe the characteristics of disgust, as conveyed through micro expressions.

Once you become adept at identifying genuine emotions, versus those that are presented for the purpose of diversion, you will complete at a higher level and be more successful when negotiating… and everything will be right with the world. Remember, you’re always negotiating.

Glimpsing anger, via the use of micro expressions, is a unique way of gaining insight into someone else’s real emotional state of mind.

Here we are exploring the emotion of anger when used in a negotiation.

In particular, we will explore how anger is expressed, how to detect it by using micro expressions and how to utilize the recognition of it during a negotiation (note: the same methods of detection and utilization can also be used in your personal endeavours)

Once a negotiation recognizes signals that highlight a micro expressed action, that negotiator attains a huge advantage when interacting with people.

When negotiating, the advantage, consider discovering and detecting real anger in your negotiation by utilizing micro expressions.

To detect anger using micro expressions, observe an intense appearance in the eyes (that might be akin to someone staring/looking through you), eyebrows down and together and a narrowing of the lips.

In this emotional state of mind, the other negotiator’s eyes, while focused on you, are also being used as an introspective reflection of the thoughts being discussed.

It’s another indicator that the other negotiator is fixed on the thoughts that are angering and confronting him.

Once you sense genuine anger, validate your findings by addressing your perception with the other negotiator and the reasoning behind his anger.

By harnessing the power of micro expressions, you will be able to detect if anger is being used as a tool of evasiveness or to create ambiguity.

This in turn will allow you to be more successful when negotiating… and everything will be right with the world. Remember, you are always negotiating. 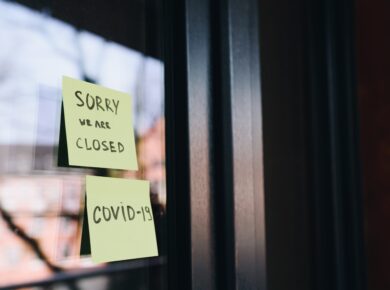 I expect you as a business owner to be proactive if you want to remain relevant as far as that area is concerned. Expect to be relegated to the background…
View Post 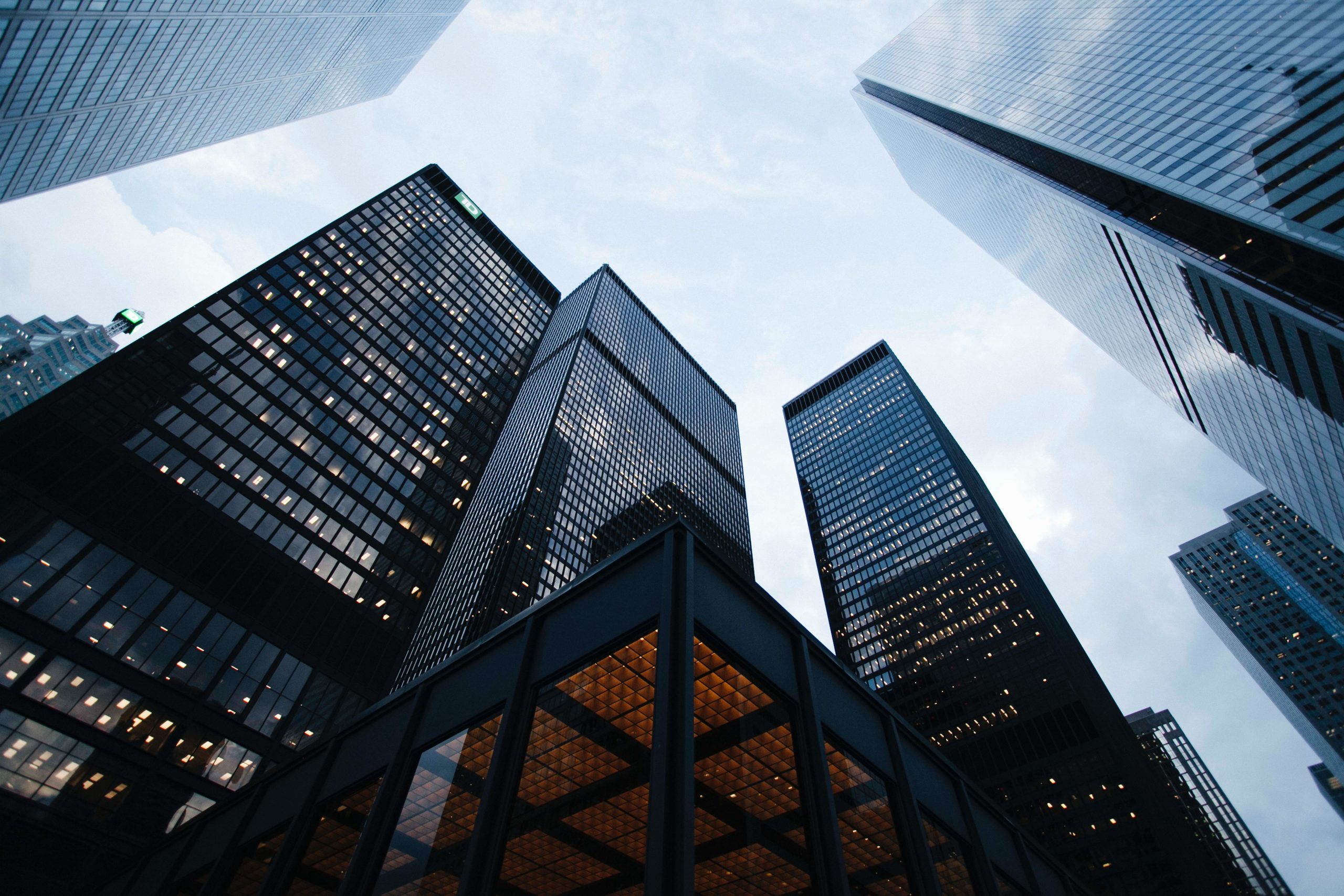 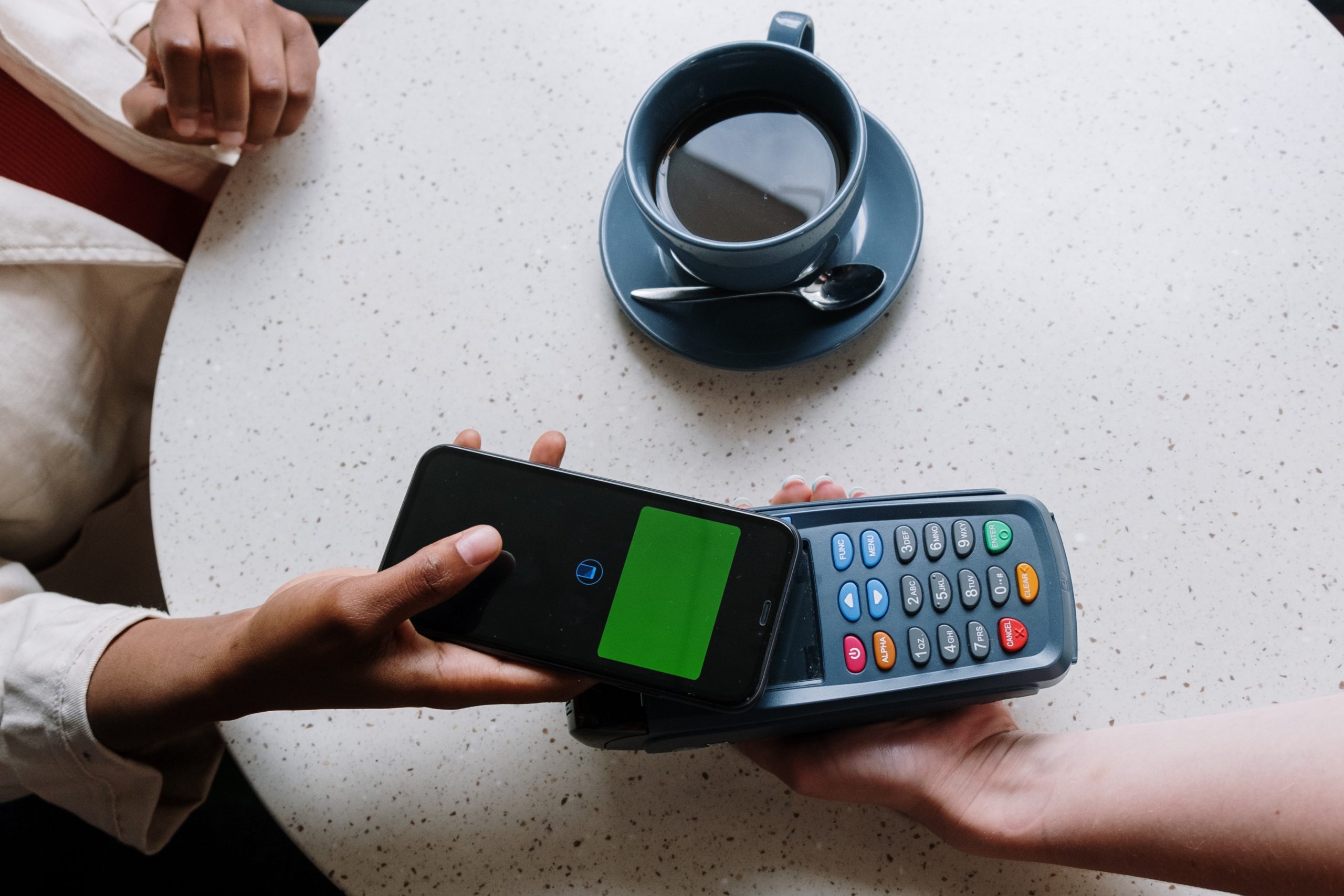 Many businesses can not yield result because they lack automation. The good news is that this post will open businesses to know how businesses automate payments. Automated payment helps to…
View Post 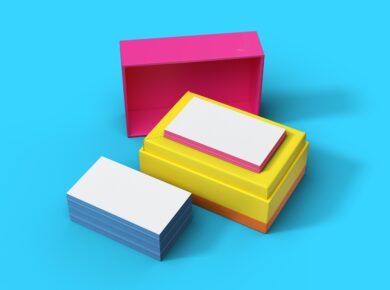 Business cards are now lucrative business throughout the world because virtually every business or company produces business cards every year. The following steps will help the designers to create good…
View Post 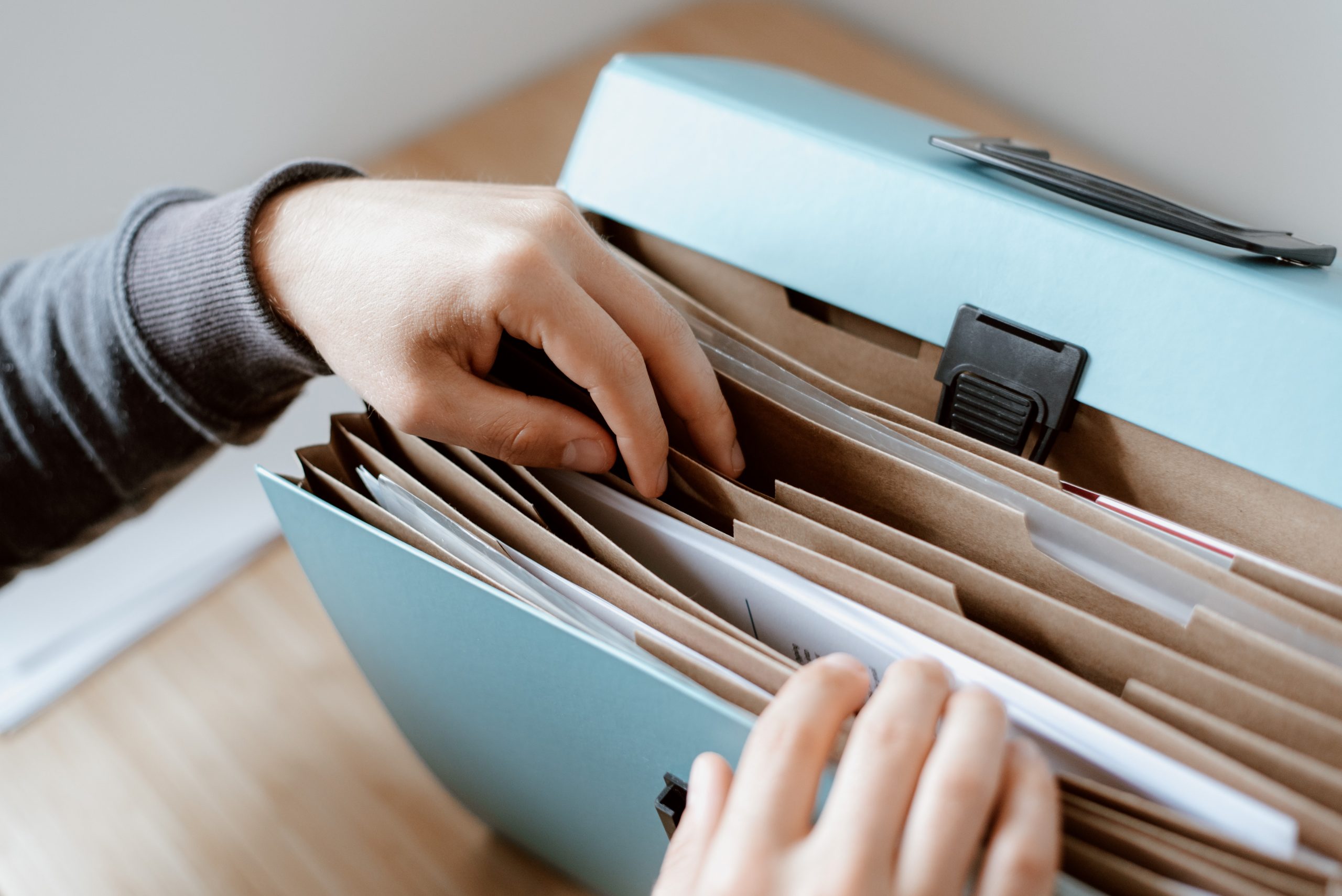 Report writing is the art of recording an event or activity that has taken place through the use of conventional means and methods of writing. The Oxford English Dictionary defines…
View Post 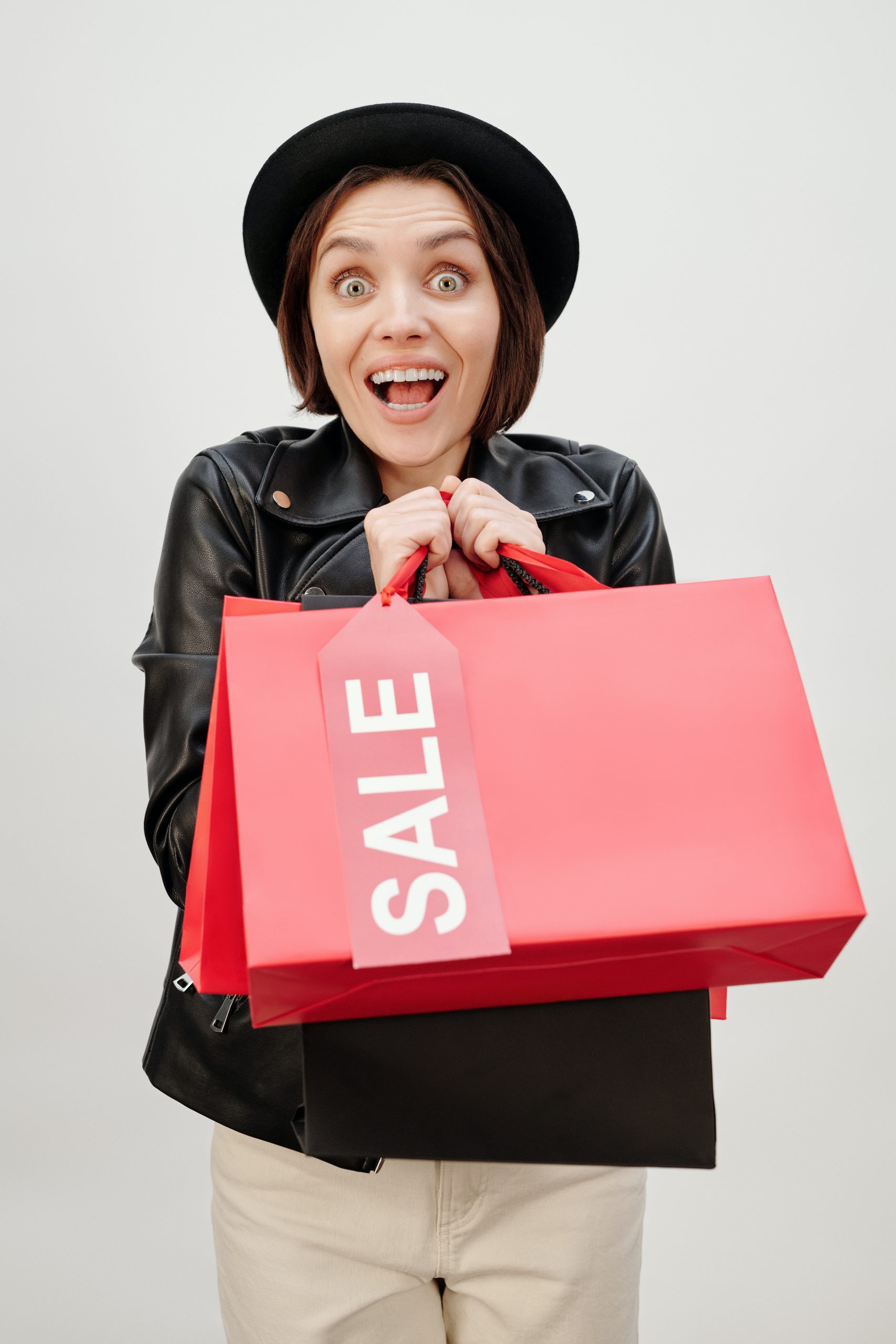 There are various conditions that can affect the success or the failure of negotiating a business. The following conditions bring about success in businesses and organizations. 1. Identifiable parties who…
View Post