We often use the word ‘creativity’ in a loose way to entail just making or producing something not minding what it is, how it is made or produced, its value, or even whether they are just performing artists, media artists,

Or crafts artists, who in the real sense of the word, are just professionals in their different fields doing their works according to the acceptable standards in those fields (spheres), without necessary doing the same works in a way to show any traces of their products being an outcome of their intentional, original and novel reasoning, as well as planning or working out of things of value.

What we are saying here is that inasmuch as we cannot deny the performing artists, media artists and crafts artists of being creative in a sense, they have to show evidence of intentionally producing something adjudged to be novel and valuable by experts or co-professionals in their fields or spheres based on some acceptable standards.

Divergent thinking using high imaginative power and mental exercise has been considered to be the process of creativity. Creation of something new, acceptable and useful is the end product of creativity.

In line with the above, Vernon (1977), p207) defines creativity as man’s capacity to produce new ideas, insights, and inventions, which are accepted as being of social spiritual… value, and Dwovetzky (1981, p: 28) insists that what is created ‘should be new’.

Creativity is thus defined, as the ability to bring into being or form something out of ‘nothing’ or by force of imagination. Its essence is novelty as well as relevance to a particular situation.

The new thing produced by a creative person may be something we do not previously have any knowledge of or a result of our divergent thinking which makes us to always want to explore and experiment thing using high imaginative power with mental exercise.

In whatever he produces, a creative person always displays the tracks of intelligence, originality, persistence, fluency, flexibility in attitudes and procedures, non-conformity as well as awareness and sensitivities to his environment.

Creativity is thus the state or quality of being creative, the ability to create. To create is to bring into being or form out of nothing; to bring into being by force of imagination; to make produce; to form or design, to invest with a new form or to institute.

Here, it can be said are some of the major criteria which any act of performance must satisfy if it is to earn the title ‘creative’.

A creative person must deliberately or intentionally create something.

This is to say this is not to deny that the element of chance may be important, as in the case of some famous invention or in various modern developments in the arts, but rather to insist that the agent must have a pretty good idea of what he is doing.

He must be conscious of what he is doing. His creativity must be a result of a work he intentionally produced.

What a Creative person produces should be novel (Original) in the sense that it breaks new ground.

This simply means that when he produces must be distinctive in some way.

The originality of a philosopher may be shown on the angle from which he takes his shorts when concentrating on already photographed or familiar scenes while that of a composer may just lie entirely in his selection arrangement and/or juxtaposition of his quotations or even the quotations of other composers.

What he produces must be standard and of good quality

The fact that someone intentionally produce something that nobody else has produced is not enough to qualify him as being creative, his product must have some qualities that distinguish it as good work and it must come up to a certain standard generally acceptable in the related field/sphere, thus, to be creative in any field/sphere demands knowledge and understanding of that sphere.

What is created should be judged to be of some value.

This is closely related to the above is the criterion. It is necessary that the product of a creative man’s effort must be something useful and of importance to people either within the relevant profession or the originality of people outside it.

What is the point in creating something though new by of no intrinsic or aesthetic value to anyone?

This is the sense that it must be the outcome of his reasoning, planning or working out which represents his way of looking at that particular thing. It should not be a copy an imitation or a representation of somebody else’s work.

He should be able to give evidence of his creativity consistently.

To call someone creative is to attribute a tendency to him. The fact that someone once produced on original though that was his own does not make him a creative thinker if ever other thoughts he produces is not original and taken over from someone else.

Effects of creativity between teachers and learners

To foster creativity in children, the teacher must be an adequate, fully functioning person. He must guide the children against hindrances to creative thinking which include:

Pressures against questioning and explorations, teasing of the children when they make mistakes instead of correcting them and pressures for conformity to adult standards

The following are therefore expected of the teachers in their attempt to foster creativity.

Teachers should discard regimented routines such as following directions for drawing, using patterns or models to be imitated too often.

Teachers should be attentive to the unusual questions children ask; respect their unusual ideas and show that such ideas have value.

Teachers should give credit for self-initiated learning and provide chance for learning and discovery without threats of immediate evaluation.

Teachers should avoid the stultifying effect that traditional inculcation of information may have by using the teaching techniques such as discovery technique and problem-solving activity capable of sharpening the tendency towards originality.

Teachers avoid d instilling in children the idea that everything is known and determined and those pupils must sub-serve the acknowledged experts in any field and cannot follow their own distinctive way of looking at things.

Teachers have to promote imagination of pupils so that individual is capable of making the imaginative leaps necessary for breaking new ground in any sphere.

Teachers have to produce extensive skill and understanding in any given sphere. Without these, an individual may not be a good scientist, artist or whatever since excellence is a vital characteristics of creativity.

Teachers should note that giving some opportunity for self expression among school pupils without reference to critical standards might be educationally valuable in that it provides relaxation and promotes self-confidence in children.

It may also lead children to reveal more of their inner-self, which may have psychological value. Rather than learning solely by authority, children prefer to learn in creative ways by questioning, inquiring, searching, manipulating and experimenting.

They are always trying to find out how things really work.

When children learn in creative ways, they become completely absorbed and have a long attention span. If the article helps, comment and share. 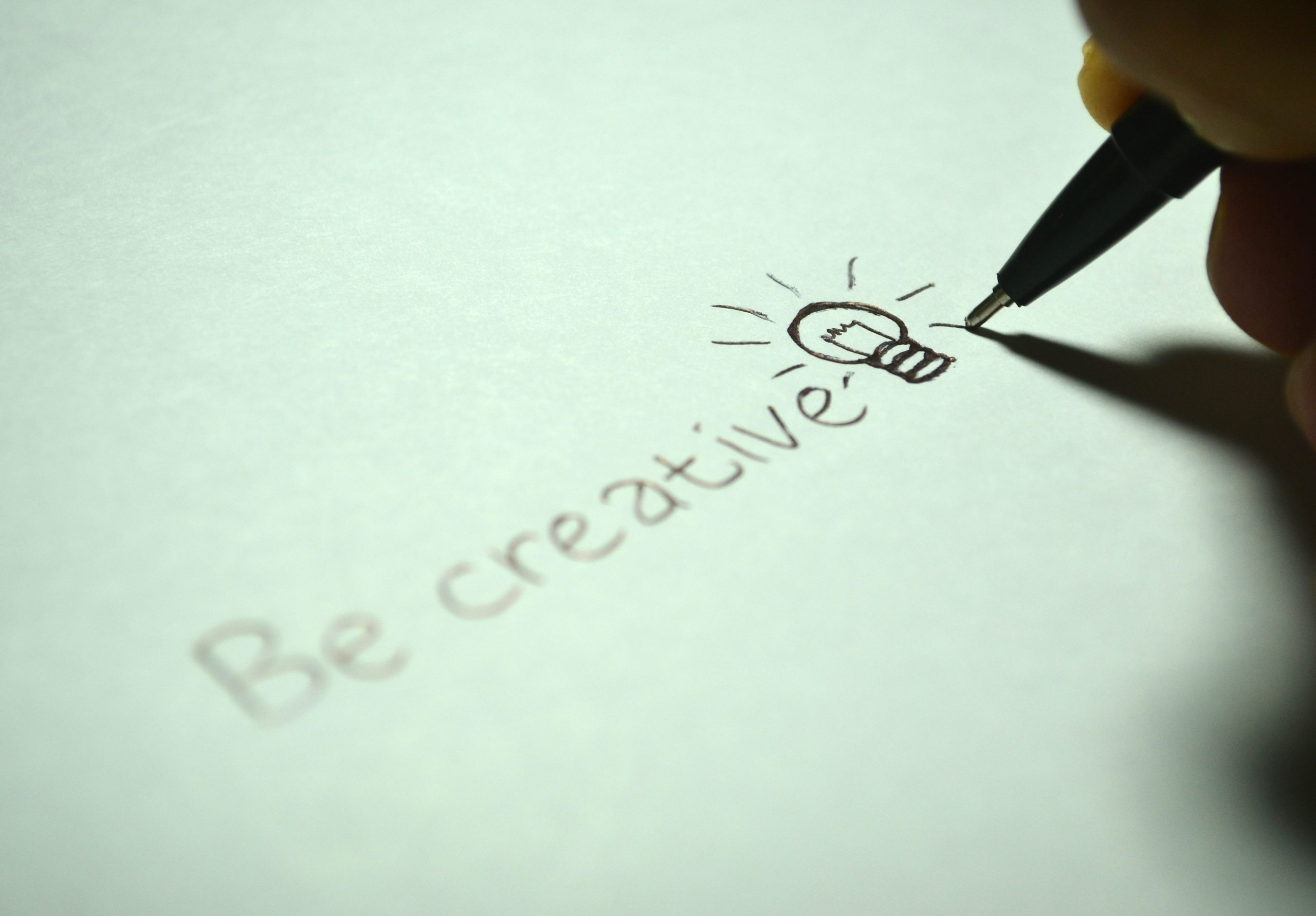 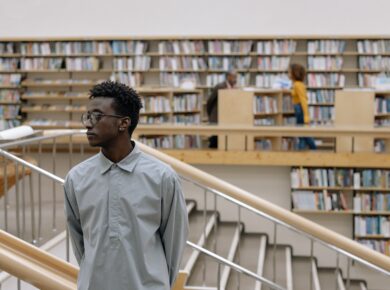 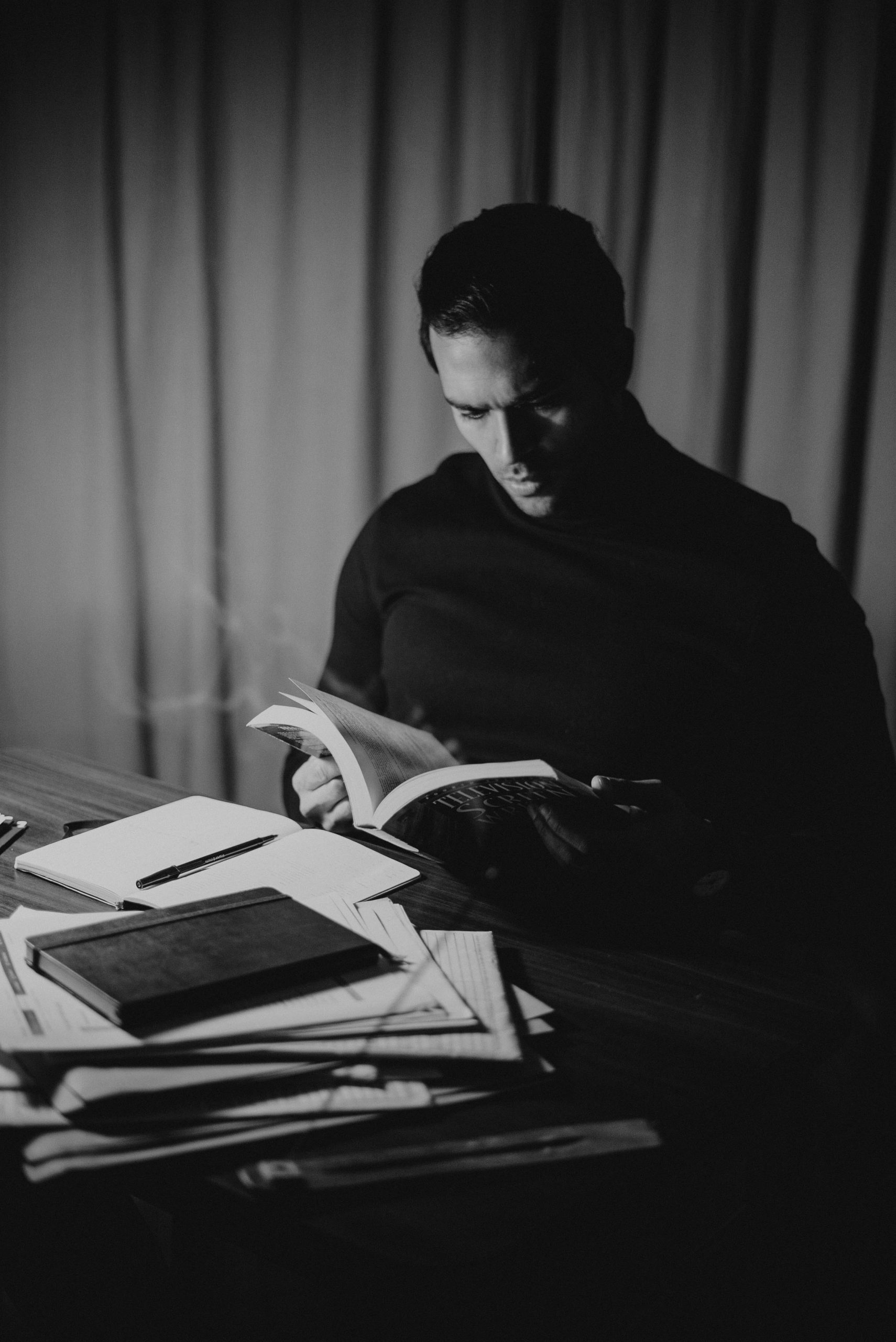 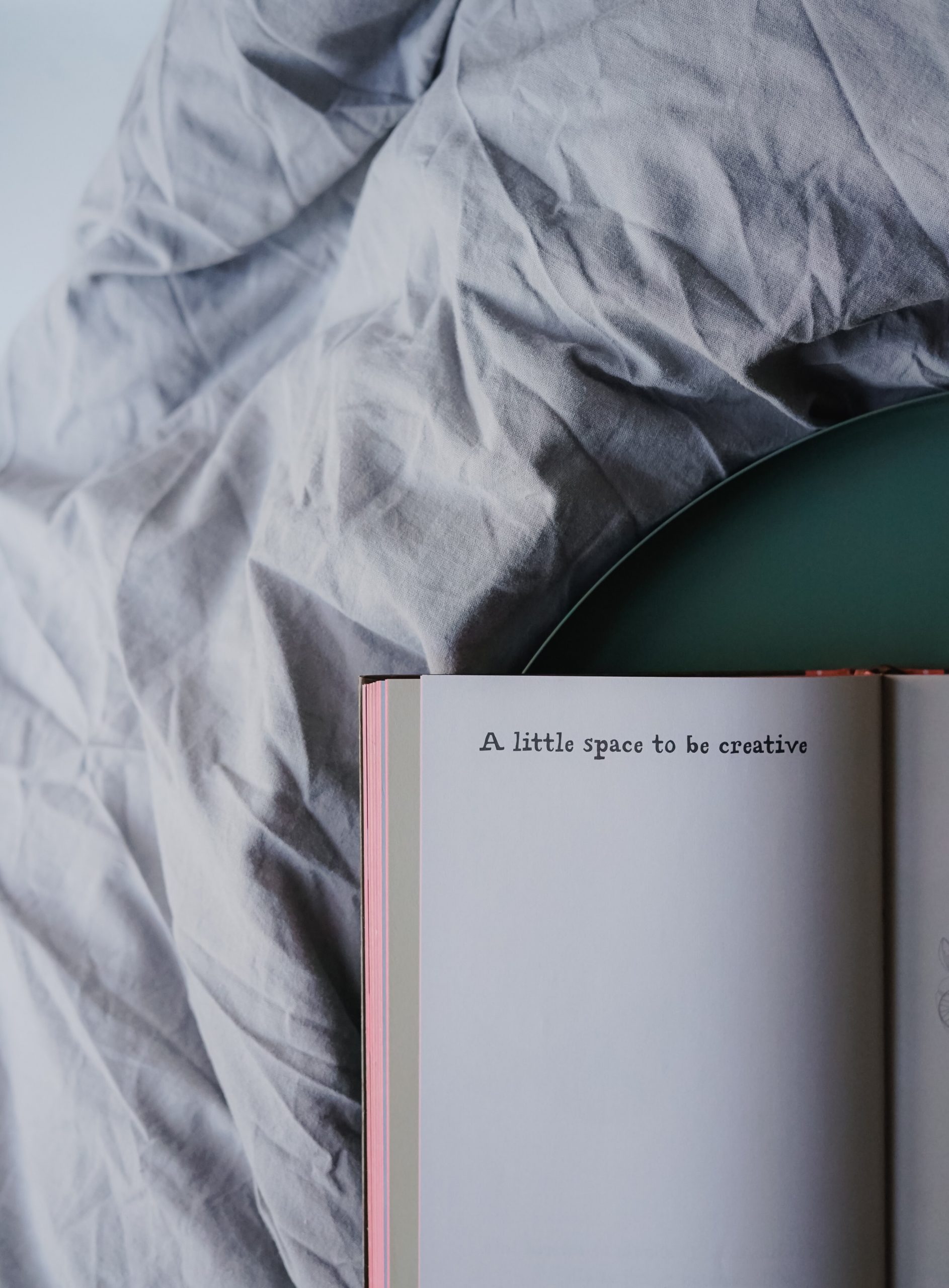 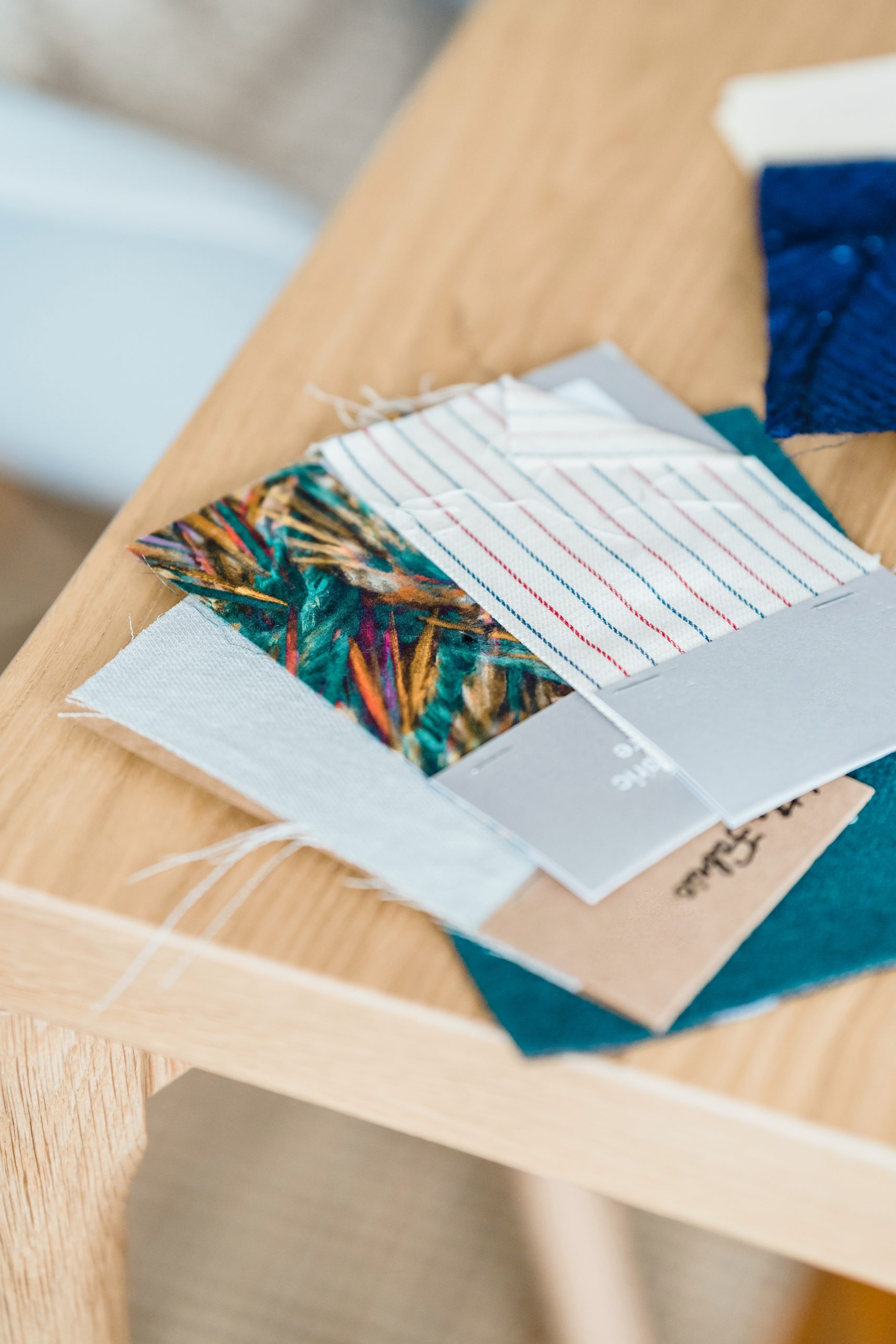