In Ibadan alone today, there are about 18 private radio stations. This proliferation, even though a progressive development in the electronic media, is not without its inherent threats to quality radio programming.

The trend is not unlike that of the proliferation of private schools or hospitals, where a lot of unhealthy factors play out in appointing workers, culminating in poor quality service.

In this article, for space, I intend to discuss just six of what I call the unpardonable errors of a radio presenter.

1. Poor Knowledge of the Programme

Many presenters don’t pay any attention to research on what they are presenting. They end up with programmes that lack substance but are full of inconsistencies, dry jokes and fatal errors.

On October 8, on one of the local private radio stations in Ibadan, during a football match between Nigeria and Switzerland, the presenter kept saying something like Switzerland.

This presenter obviously and unfortunately could not differentiate between Switzerland and Swaziland.

On a phone-in Country Music request programme on another radio station, a man requested It’s Good to See You by Don Williams.

The presenter said there was no track like that by Don Williams when this is one of the greatest songs that ever came from the collection of the Gentle Giant.

As a sports programme presenter, you should not join many other people in perpetuating the evil of mispronouncing words like Super Falcon, Leicester City, Barca (for Barcelona), Arsene Wenger, Novak Djokovic and some others.

Many cannot pronounce even names from their locality correctly. Any regular listener of BBC broadcasters would not fail to be impressed by the way the presenters pronounce African names smoothly even if not faultlessly.

Unlike many of our presenters, they do not hesitate and so you do not even think of the way the words are pronounced.

Many of our presenters would not only falter but they also sometimes laugh and or worse still, say something like May God not let one’s teeth fall out o! This speaks of a wide-ranging lack of professionalism.

2. Exploitation of Prayer by Presenters

I wrote a passage for the Comprehension exercise in one of my English textbooks on the exploitation of prayer by beggars and radio presenters.

In a so religious country like Nigeria, a topic like this may naturally be misunderstood by many. Given this, I think it behoves me to start by saying that I believe in prayer.

I also make bold to say that without prayer, I will be far less than what I am now. But having made this point, let me be quick to add at I am convinced it is not all prayers that God answers.

Please permit me to repeat some things I wrote in the passage here. I listened to a particular programme on one of the local radio stations on a particular day; not for the first time of course.

This particular presenter, I had noticed, is fond of starting and rounding off his programme (not at all a religious programme, mind you) with some powerful prayers!

Just like on that day, he prayed in Yoruba: ‘Bi e se n jade lo, e o nii ba Oku omo Nile o!’ This means as you go out, you won’t return home only to see the corpse of your child!

Fear is the opposite of faith. I believe a pointless but powerful prayer like this may create an unhealthy fear of the possibility of such a thing happening in the mind of a listener.

Imagine what kind of effect this may have in the mind of a listener whose child is ill at home. This, I believe, is rather unfair and unpardonable!

3. Inappropriate Use of English

While the issue of errors in the use of English is undoubtedly a serious and widespread problem among radio presenters, for the sake of space, I will only emphasize two issues which are the inability of many radio presenters to distinguish between American English and British English and the issue of pronunciation, which of course is closely linked to the first.

Presenters should know that a man carries a wallet and a woman carries a purse. Also, a programme will come up on Monday, next week. Do not say ‘next week Monday’.

I am sure you will not say, ‘Listeners, I wish you can see the beautiful pants (American English for trousers) that my producer is wearing this afternoon,’ for the same reason, you should learn to say wardrobe, not a closet, cooker not, stove, cinema not a movie theatre, sweet not candy, driving license, not driver’s licence, torch not flashlight among many others, please.

4. Saluting Specific People When Not on Request in Programme

This is the mentality. This unfortunate trend I must say is not uncommon with sports programmes presenters. Raji Alagbede, eyin ti Man U loke Ado, se iya ti e je l’ana o po ju? I think such a presenter should be made to pay for free advertisement for Raji Alagbede to teach him a lesson.

I don’t even think it is carrying it too far to suggest that probably Raji Alagbede would later be taking our presenter to a pub for this publicity. This would be at the expense of the radio station.

I think perhaps the producer should rather track Raji Alagbede down and encourage him to sponsor some minutes of the programme. The presenter can then shout Raji’s name until he becomes hoarse! (They always shout anyway).

Before any utterance is made on the radio, the presenter should first weigh the impact that such an utterance will have on different categories of people that make up a society.

Many proverbs in our local languages are derogatory to people who are physically challenged.  The lame, the albinos, the blind, and the hunchback are a few people who are at the receiving ends in this case.

In the same vein, I know of a Yoruba newscaster, who regularly refers to the Chinese as Chinos. In South African countries, the word Fonkoi, just like Chinko, is a derogatory word used to refer to inferior or fake Chinese products. Chinko is also used as a word of insult for the Chinese.

And when an uninformed presenter now refers to a Chinese ambassador as a Chinko, this is ignorant gone to seed.

On 26 December 2015, during a 6.30-7 pm Pidgin news-broadcast news broadcast on one of the local radio stations in Ibadan, it was mentioned that Anambra State had lifted the ban on the use of Keke and Okada for commercial purposes.

The news presenter spent a great deal of time rejoicing with the owners. While the purpose here is not on the right or wrong of the step taken by the government, one may still ask if this presenter had to express his own opinion on this. This is a sin of fallacy of overgeneralization. It is unforgivable.

If you are good at what you are presenting, you will be discovered with time. People will invite you to great social events and you will wine and dine with people of substance. This is a great privilege for the TV or radio presenter.

It is a presenter of no substance that draws attention to himself or herself rather than the programme being presented. One way, they do this is what I call the alias disease.  Tell me, to what benefit is Oprah Winfrey giving herself a nickname?

Why does a presenter need an appellation? Another sad truth is that when you call yourself Ademola Kudaisi, The Terrible Funky Boy, please don’t anchor a serious programme on topics like that of the Value System in Nigeria.

Try presenting music programmes like The Dirty Hip Hop Songs of the ‘80s or something like that. Some presenters don’t seem to realize that what you call yourself goes a long way in the way people will value you in their mind, especially when you are presenting on the radio and not visible.

A very popular presenter likes to say something like Mo ki yin o, eyin Temi ni America, Agboworin Ishola ni Liverpool, Alhaja Moriyeba ni London… He would praise them and then also greet one or two people in Nigeria on second thoughts.

If a presenter just returns from abroad, since he can’t sing about it as our musicians will as a matter of course do, you can be sure that he would find a subtle way of telling listeners that he just returned from a white man’s country.

And when he buys a new car – that is news! I think this is wrong. It smacks of immature presentation, and high-handedness, and it drags quality radio presentation many years back. 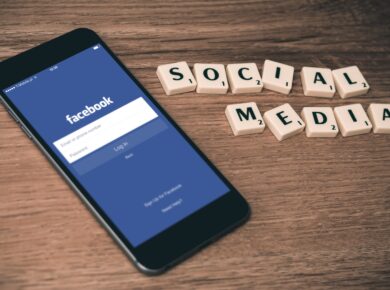 It shouldn’t come to you as a surprise if you hear or read somewhere that 8 out of 10 millionaires made their fortune online, it is for real and not…
View Post